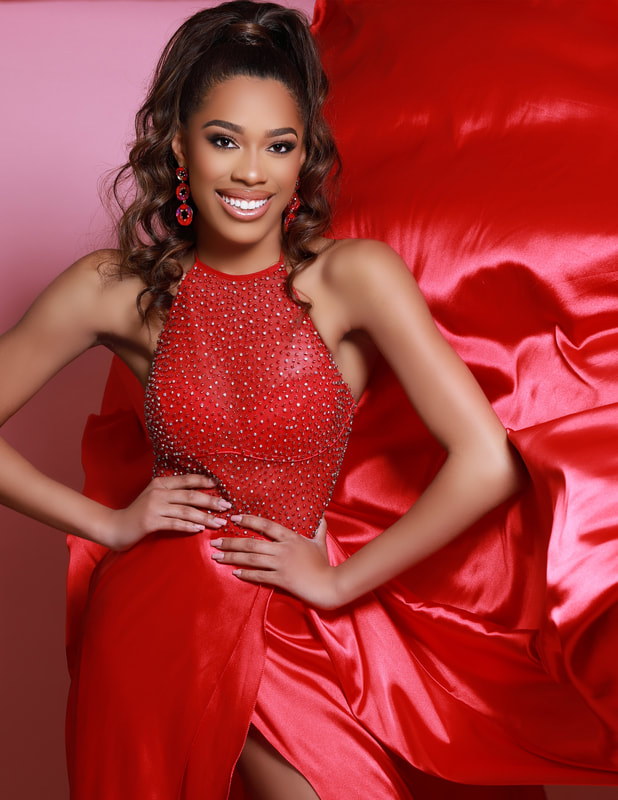 Pageant titleholder. Teen model. All-around world changer. Chloé Simone Hiller’s enthusiasm for making a positive impact is evident no matter where she goes. She overcame poor self-esteem as a pre-teen by creating the #GirlsDreamBelieveandAchieve movement to help set the tone for other girls to have self-confidence and to be empowered. Launching her DREAM BELIEVE ACHIEVE app to share inspiration through daily positive quotes, Chloé's notoriety has grown over the years as she has been recognized in several publications and received numerous awards for community involvement and for being a positive role model. She organized and hosted the annual ‘girls dream, believe, achieve vision board party’ where girls had a fun and safe space to visually lay out their goals; proceeds were donated to charity. She also uses technology to stay connected with followers all over the country while creating social media campaigns for donation drives and other positive projects and posts.

Chloé is the 2021 National American Miss Arizona Teen and represented Arizona during the iam Pageant Powerhouse convention in Orlando, Florida where she finished as a Top 12 overall finalist. Over the past decade Chloé has held numerous local and state pageant titles. She was a three-time local titleholder in the Miss Arizona’s Outstanding Teen organization, where as the youngest contestant at 13-years-old in 2017, she was a Top 11 finalist. She placed 1st runner up at the state competition the next two years in a row and earned thousands of dollars in college scholarships. In 2019, Chloé won the title of Miss Arizona High School America and represented her home state at the Miss High School America 2020 national pageant, placing 1st runner up in the nation. During the summer of 2021, as Miss Paradise Valley Teen USA, she placed 3rd runner up to Miss Arizona Teen USA 2021.

Chloé is a first year student at The University of Arizona, where she is pursuing a degree in Broadcast Journalism. She is optimistic about producing news for a major network in the not-so-distant future. She is also a signed model who has worked with numerous designers and photographers and walked several runways, including World of Prom at AmericasMart Atlanta (Johnathan Kayne and 2Cute Prom) and Phoenix Fashion Week; Chloé has also been featured in several print and digital publications.